President and CEO of Southern Linc 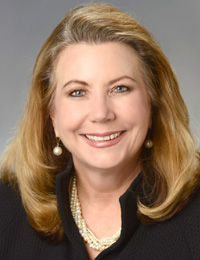 Tami Barron is responsible for providing reliable wireless communications service, including mobile phones, to a wide range of businesses and consumers within a 127,000-square-mile coverage area that includes Alabama, Georgia, southeastern Mississippi and the Florida Panhandle.

Prior to joining the Southern Linc team, Barron was vice president of Southern Company’s supply chain management organization overseeing more than 750 employees and numerous contractors across the entire region. She also served as general manager of distribution engineering, construction and maintenance at Georgia Power from 2011 – 2014.

Barron was an integral part of Southern Company’s massive restoration effort following Hurricane Katrina in 2005. She was part of the team that led efforts coordinating supplies, crews, contractors, logistics and work prioritization for a workforce of 12,000 distribution workers from across the United States and Canada. As a result, Mississippi Power was able to restore power to all customers who could receive it within just 12 days. Barron had previously served as Pine Belt Division engineering and operations manager for Mississippi Power in Hattiesburg.

Since joining Southern Company in 1984, Barron has held various positions in marketing, area management and distribution operations for some of Georgia’s fastest-growing areas. She has also served as assistant to the vice president of Georgia Power’s Southern Region.

Barron is currently on the board of directors of Atlanta Habitat for Humanity. She has held leadership positions in a number of community organizations, including Georgia Cystic Fibrosis, United Way, the Cartersville Chamber of Commerce, the Columbus College Engineering Advisory Board, the Columbus Symphony Board, Uptown Columbus and the American Society of Agricultural Engineers.